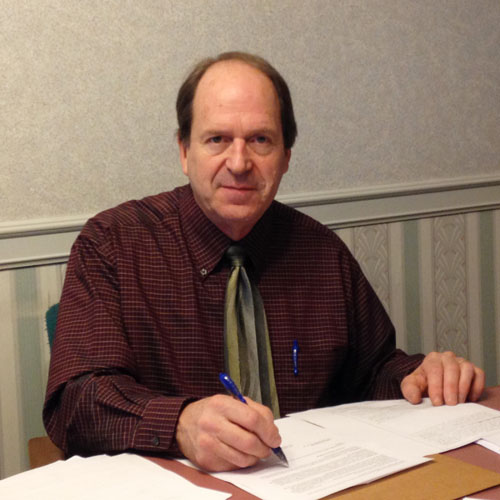 Attorney Marvin H. Gold is the ultimate general practitioner. In the early 1970s, he made it through law school by taking night classes at Temple University in Philadelphia while working full time during the day as an auto mechanic at a Volkswagon dealer in Jenkintown.

After he graduated, Marvin single-handedly learned construction and transformed an old Hatboro shoe store into the law office in which he has practiced for 40 years and counting. At about the same time, he began the decades-long process of converting a semi-vacant barn in nearby Ivyland into a beautiful, well-built home. He and Bev, his wife of 42 years, still live there and raised their two children there.

In forty-six years of practice, Marvin has tried and won almost every type of case that exists: Criminal and civil, state and federal, small to large, simple to infinitely complex. Aided by his knowledge of car mechanics, his knowledge of building construction, and the knowledge he has gleaned from thousands of clients in many dozens of different professions, he can provide you with something few lawyers can: the reassurance that he knows your business and will do everything possible with that knowledge to out-maneuver opponents so that you can win your lawsuit.

When Marvin is not practicing law, he can probably be found weight lifting, working outdoors on his and his wife's nine-acre horse farm, renovating a building, splitting firewood, working on his tractor, or playing with his two grandchildren. When the weather is nice, he can also be found taking his wife out camping or to breakfast on his Honda Goldwing motorcycle.